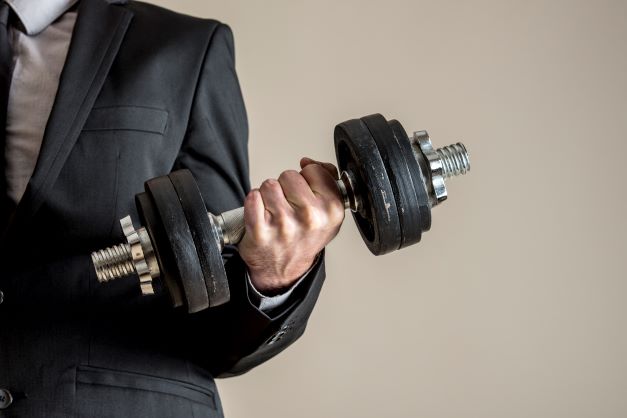 In 2019, after a long drought, Tiger Woods won the Masters once again. After 14 years, three back surgeries, a divorce, and falling way out of the rankings, he won that tournament. The first thing that everyone wanted to talk about was his willpower. “Oh, this guy’s willpower must be so great. He willed himself to win.” Then, chiropractors wanted to say, “Well, he also sees a chiropractor every week,” and that’s great, I get it. But then again, he also had three back surgeries.

However, today, I wanted to talk about the fact that willpower doesn’t work. There’s this book by a guy named Benjamin Hardy—a fantastic book. I highly recommend picking it up, because he talks about how willpower is a myth, maybe even a trick that’s been perpetuated to help people think that they’re in control. To think they can just will themselves to do whatever they want when in reality, they probably can’t. This is why New Year’s resolutions fail all the time—you see most people give up their New Year’s resolutions within two or three weeks. It’s why dieting fails quite often. It’s why getting more sleep fails more often. Any challenge is hard to accomplish when you only “put your mind to it” and don’t change anything else. Mr. Hardy, in his book, argues that we’re products of our environment. So, if you really want to be successful in your change and get a better outcome, you don’t need to change yourself, you need to change your environment.

Let’s get back to Tiger Woods for a second here. This guy is renowned among the golfing community for his rituals, habits, systems, and routines that go about creating his day at the golf course. Not saying he doesn’t have great talent, obviously, the guy has great talent. But, he’s renowned not for just that talent, but also for these systems that allow him to continue to be a great golfer. Even this past Sunday, when he won, the tee times were in the morning, rather than the afternoon. Regardless, he was in the gym grinding it out the morning that he won the golf tournament, so nothing changed for him. That routine is sacrosanct. It is important. It is exactly what he does and who he is.

So, this is where it comes back to you? What does this mean to you? How does this affect you? Well, if you are trying to make a change, you need to understand your routine. You need to understand what you’re doing now that has gotten you to where you are before you even try and make a change. If you don’t understand that, you’ll start each morning by making the coffee, letting the dog out, or doing whatever else, and you’re not going to be able to change that. What you need to focus on is changing the routine and changing the environment, more so than just changing yourself. If you’re going to go on a diet, don’t just say to yourself, “Oh, I’m going to go on a diet, and it’s going to work out fantastically, and I know what I’m going to do.” Start by getting the right food into your pantry. Start by making sure that you are ready for breakfast, lunch, and dinner. Change the environment so that you don’t find yourself stuck doing the same things you’ve done to get to this point. It’s the first step to becoming the person that you want to be.

Pillow Talk: It’s Not Worth Losing Sleep Over