How to Reduce Injury During a Car Accident in Orlando 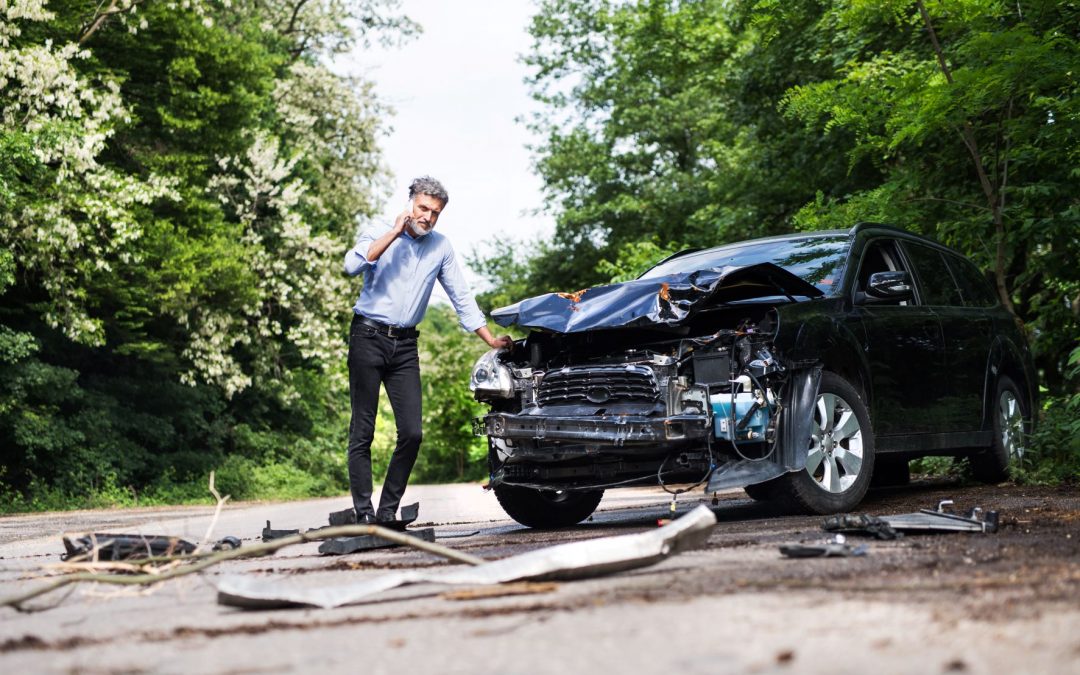 Here in our Orlando chiropractic office, we’ve seen a lot more car accidents recently. As a chiropractor, that’s keeping us busy, but my job here is to keep my patients well. I would much prefer you not to be involved in an auto accident and not have back pain and neck pain. If I’m doing my job well, my goal is to prevent some of that.

Because we’re seeing lots of car accidents these days, so I wanted to dedicate this video to avoiding and reducing injury from auto accidents. I don’t know if it’s because of the traffic, the road construction going on here in Orlando, or what it is. But, literally, almost every day, somebody new comes in after suffering from an accident.

How to avoid a car accident

You can’t be driving under the influence. Impaired driving is not even the number one cause of accidents anymore. Not focusing on the road and doing that other stuff has surpassed it. Nevertheless, driving under the influence, whether it’s alcohol or drugs, or medications that impair driving, all of these things slow your reaction time. They increase your risk of suffering an accident. Right?

Right along with that impaired driving idea is driving while tired. This is something that the DOT, the Department of Transportation, focuses on quite a bit. We do DOT physicals here for some of these truck drivers driving around, and the DOT is very particular about asking questions about sleep apnea. Does the driver get good sleep at night? If the driver is snoring, maybe they haven’t been diagnosed with sleep apnea, but they could still be driving while tired. Then, the number of hours that they drive per day and per week at a time. The DOT is very strict about these things because they have realized that driving while tired is equal to driving while impaired, equal increased car accidents, and we’re trying to avoid these things. You need to make sure that you’re not driving while tired. If you’re making a long road trip, make sure that you’re taking breaks, make sure that somebody else is helping with some of that driving time, whatever it is, just don’t drive tired.

You also want to drive defensively. That’s one thing that we see here in Orlando a lot. An accident is not worth being the next in line or getting your right of way. It’s much more essential to get where you’re going safely. If you are in an auto accident, even if it’s a minor accident, it’s going to slow you down. Give somebody else the right of way, even if it’s not theirs. Drive defensively. Make sure that you avoid that accident.

Reducing your chances of injury during a car accident

Sometimes it’s not possible to avoid an accident. You’re sitting there minding your own business, you’re stopped at a red light, and somebody rear-ends you. You can do things that will reduce the injury or the likelihood of injury while you’re in an accident. First and foremost, you need to wear a seatbelt. If you’re still not wearing a seatbelt, I don’t know what it’s going to take to convince you. Maybe it’s just impossible to convince you. But, it reduces the risk of injury. It reduces the risk of fatality when you’re involved in a car accident, so do it. Wear the seatbelt. It’s essential. It’s the easiest, quickest, simplest, most important thing you can do to decrease the potential for injury and the severity of damage when you’re involved in an auto accident.

You need to make sure that your headrest is in the proper position. If your headrest is too low relative to your head, it allows for whiplash trauma to be more severe. You’re going to end up with more neck injuries if you’re in a car accident. Same thing if your headrest is too far forward or too far backward. It allows your head to whip back and forth, and we don’t want that. You want your headrest to be in a neutral position. You want your head to be back, you want your head to be touching that headrest, and you don’t want to be too close to the steering wheel. That’s the last thing. If you’re too close to the steering wheel, the risk of the airbag hitting you and causing other injuries becomes real. Sitting back, head against the headrest, with your seatbelt on, very, very simple stuff. Stuff that hopefully you’re already doing, and it’s just like second nature to you, but make sure that you’re doing it.

Now, the last point that I’m going to say about this topic of reducing the risk of injury or the severity of damage if you’re involved in an auto accident your choice of vehicle. It would help if you made sure that when it’s time to get another vehicle, you’re getting a new vehicle. Research shows that newer cars are much better equipped to handle an accident than older vehicles. It might sound common sense to you, but a newer vehicle has a reduced risk of rollover. If you get hit from the side, you’re much less likely to roll over. Trust me. Rollover injuries are severe. No matter what happens, if your vehicle rolls, you’re going to have an injury.

Additionally, newer vehicles sit differently, and the seats are oriented in the car differently so that when you get rear-ended, it absorbs impact. It isn’t transmitted into your neck and your spine so much. A newer vehicle is safer for you. I know that some of you watching out there can make a pitch to your spouse later that it’s time to buy a new car. I have to! Dr. Merrill said that I needed a newer vehicle to protect the family and me. That’s the pitch, and maybe you should, perhaps that would be a good idea. Newer vehicle beats older vehicle when it comes to auto accidents. Stay tuned, because next month, I’m going to share what you can after a car accident if you are unfortunate enough to experience one.

Everything You Need to Know About Sleep: Part 1