Back to School: How to Manage Your Back Pain by Not Making It Worse 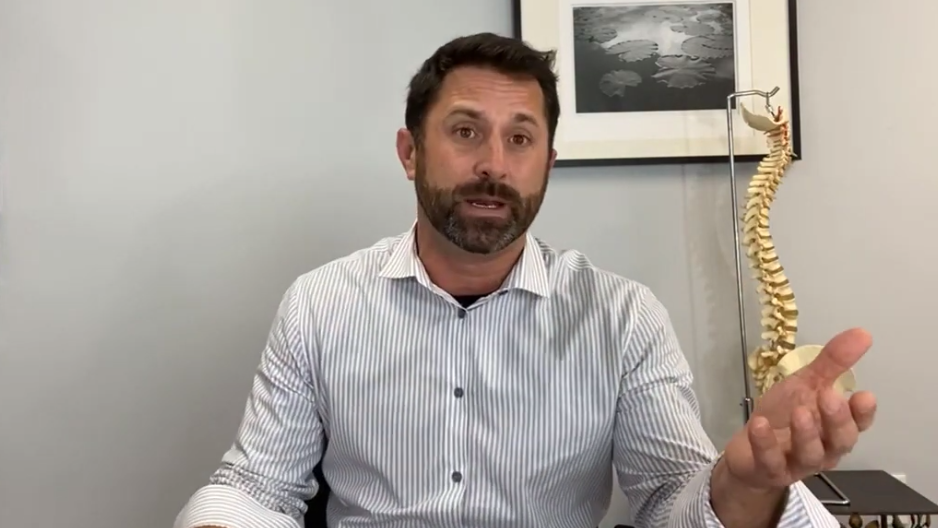 The kids are going back to school, and here at Nightlight Chiropractic, we want to take YOU to Back School!  The term “Back School” has been around since the mid-’70s. A doctor in Sweden found that if he took physical laborers and taught them how their backs worked and what it was supposed to look like when they’re doing their jobs, they experienced fewer injuries and disabilities. It worked out so well that it was copied again in Canada and then in California. Now, you can find some version of Back School in a lot of different businesses as a tool to prevent injury to employees. Today, we’re going to distill it down into the basic concepts so you can keep your own back healthy.

Let’s start out with basic anatomy. The spine is 33 movable units called vertebra. In between, you have the discs. The vertebrae are shaped really weird because they have a lot of muscle attachments. Your back has literally hundreds of muscles that run across and connect the vertebra from one to the other, and then allow all of those motions to happen.

Your discs are designed to withstand a huge amount of pressure. One of the most common things that we see in older populations is some Degenerative Disc Disease. This means that the bones are starting to fuse together and grow some little bony points and lock everything down so that the segment doesn’t move anymore. It happens because of bad biomechanics.  When you have a disc problem, either the disc has changed shape just a little bit and is bulging or the disc has come to a point and is getting close to the nerves or the spinal cord, and that is called a disc herniation.

Back pain by itself is actually considered normal because it happens to about 90% of people. Most times it is self-eliminating and goes away on its own with very limited treatment. There’s a lot of overtreatment going on, and not just from the chiropractic standpoint. Back pain’s being over-medicated, and a lot of times it just takes some simple common sense and a little bit of a combination of rest, ice, and then slowly return to activity, and you’re going to be fine.

I want to talk about sitting posture. Here’s one thing to remember: sitting posture isn’t supposed to be permanent. There are a lot of ergonomics experts right now. They go to the workplaces and tell people, “If I fit you for this work station, you’re supposed to sit exactly like that for eight hours.” That doesn’t work, folks. You’re not supposed to sit in any position for eight hours in a row. In fact, I’d argue that is the worst thing you could do no matter what the position is.

Your spine is meant to move. Movement helps with every single aspect of your spine. So try to sit forward a little bit for part of the day, and sit backward for part of the day. If you have a sit-stand desk, do both, not just one or the other.

Avoiding Back Pain with Daily Tasks

One of the things that I hear all the time is, “Whenever I’m doing dishes or brushing my teeth, I end up with a lot of pain.” When you’re leaning over a sink, you are starting to lean forward and that leaning forward is putting 400% pressure on that disc. When you’re doing dishes, try opening up the drawers under the sink, and put one foot into that opening. Then as you lean forward, you can maintain some of that that J spine. Not to mention your center of gravity moves forward. That way, you’re not putting nearly as much strain on the muscles in the back. If you’re doing a whole bunch of dishes, if you’re brushing your teeth, you need to open the cabinet underneath and put one foot in just a little bit, because that’s going to make you more stable and you’ll end up with less back pain.

What about if we’re going to get a newspaper off the floor and pick something off the floor? We want to maintain that J spine and one of the best ways to do that is to bend your knees. We want to make sure that our knees are bent because, one, it takes a lot of tension off of the hamstrings, and two, it allows us to keep our butt out and maintain that J spine just a little bit better.

Another thing that I hear all the time is, “As I’m going to do laundry or reaching into something, my back just starts killing me.” We want to get as close as we can to the thing we’re picking up so that we can maintain that curvature of the lower part of our spine. Getting groceries out of the trunk, same idea. You don’t want to lean forward. You want to lean your whole body forward, keep one leg in front of you so that you keep that good curvature in your lower back. Make sure that we’re not doing any kind of rotation. The worst thing that you can do is reach into your washing machine and then twist and try and put it into your dryer. You want to make sure that you’re doing one motion and then another motion. Don’t make it all one motion. Leaning forward and twisting is the absolute worst thing that you can do for your lower back.

The normal curves should be maintained in most activities. Practice maintaining that J spine, moving your pelvis back and forth so that you can make your tail point up. We want to bend our knees for any activity. Straight knees, straight legs are setting you up for failure. Often times what happens when somebody’s doing deadlifts in the gym and ends up getting hurt, it’s because their knees lock up.

If we’re lifting light to moderately heavy objects, we want to make sure our knees are bent. We want to make sure that we keep that J spine. We don’t want to twist whenever we’re carrying anything. There’s no twisting. We want to use symmetrical motions, so if you’re carrying something you want to try to carry it close to you, maybe in front of you as opposed to from the side because that’s just going to kind of promote one side having more weight than the other.

No Heavy Lifting in the Morning

Try not to do anything really heavy in the morning. In the morning your discs are hyper hydrated. They have been drinking water all night while you sleep and getting bigger and bigger and bigger and then if you do the wrong move in the morning, you are going to end up with a disc herniation because there’s that much extra pressure going on that disc. Extra pressure plus the 400% of leaning forward and twisting is no good for your back. You want to save anything heavy you got to do for a little bit later in the day when that disc has started to shrink back down.

We want to avoid any sudden movements. Using a good position biomechanically, meaning keeping a good J spine, keeping your knees bent, is going to give you the best chance of staying healthy during daily activities. When in doubt, ask for help. If you have somebody else around that can help you to move something, two people are always going to be better than one. It’s a lighter load. I hope this explanation of the best biomechanics for daily movements will help you keep your back healthy. And as always, feel free to reach out to us if you run into trouble with your back, we are always here to help.

What do the Daytona 500 and I-4 Traffic have in common? Crashes.